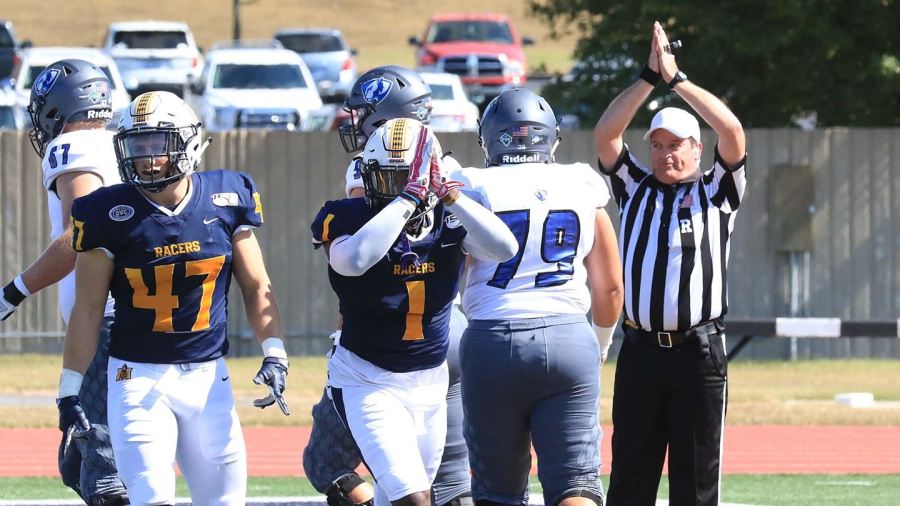 Senior defensive back T.J. Warren has been named as the OVC Defensive Player of the Week for week 6 of the 2019 season, the league office announced Sunday.

TJ Warren had a career-type day Saturday in the win over Eastern Illinois, as he recorded a safety, five tackles and 2.0 tackles-for-loss for a total of eight yards. Warren recorded the first safety for Murray State since 2011 when he tackled a Panther receiver in the end zone for the two points and a seven-yard loss. In addition, the senior called a fake punt from the field in the fourth quarter on fourth-and-nine from his own 34-yard line and rushed for 30 yards giving the Racers a first down on a drive that resulted in a touchdown.