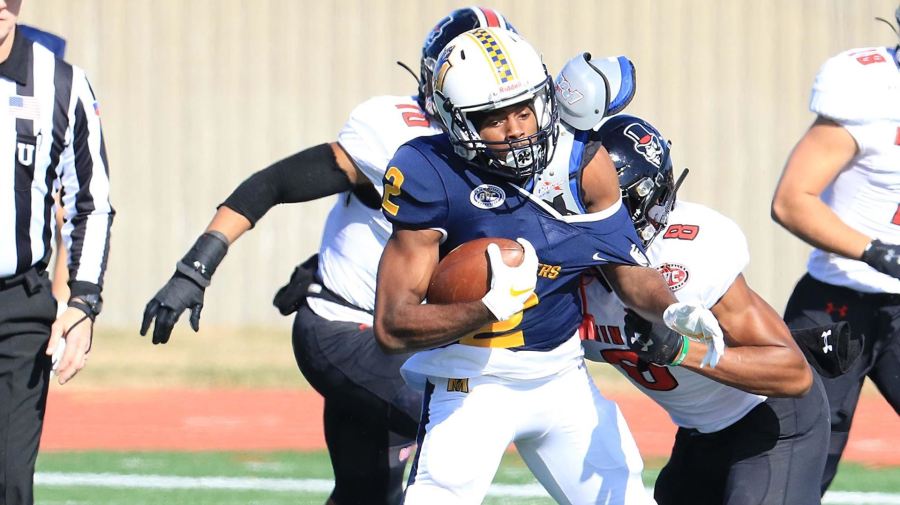 There was good news for the Racers Saturday as the 6,116 fans that came to cheer on Murray State, marked the largest crowd for a home finale since 1998 and the fourth largest in known history. As for the season, the 43,402 fans in 2019 is also the most since 1998.

In the game, Murray State kept it close for the entire first half, trailing just 14-0 at the break. The Racers finally got on the board late in the third quarter to trim the lead back to 14 at 21-7. However, the Govs squashed any chance of a rally by Murray State in the final frame with 21 fourth quarter points to pick up the 42-7 win.

Offensive woes continued to plague the Racers in the game as they were limited to just 39 yards rushing, were five of 17 on third down and 0-for-3 on fourth down. The defense for the Racers, however, created plenty of opportunities as they caused three turnovers in the contest and held the Peay offense to less than 50-percent passing at 12-for-25 for just 132 yards.

Individually, Preston Rice was 18-for-38 in the game for 229 yards with two interceptions and a touchdown. His lone touchdown of the game was a 27-yard strike to Jonathan Moss, who finished with three catches for 47 yards. On defense for the Racers, TJ Porter (Warren) led Murray State on his senior day with 12 tackles and an interception, while Anthony Koclanakis followed with 10 and a tackle for loss.

The Racers return to action for the final time in 2019 when they travel to Cape Girardeau next Saturday to take on the 15th-ranked Redhawks of Southeast Missouri.