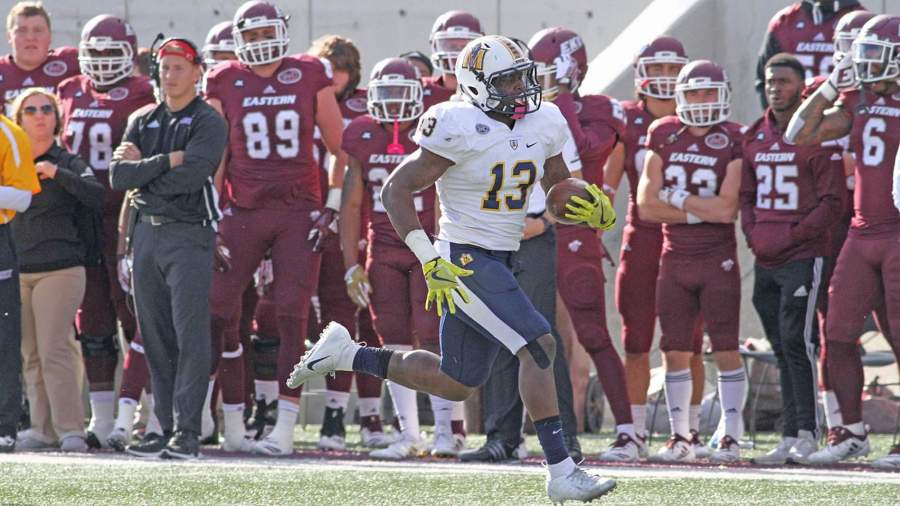 Senior linebacker Quincy Williams of the Murray State football team will play in the 2018 NFLPA Collegiate Bowl, one of college football’s big three postseason all-star games, this Saturday. He is now the fourth Racer to be selected to play in the game joining Marcus Harris in 2011 (then known as the NFLPA All-Star Game), Walter Powell in 2013 and former teammate Jordon Gandy last season. Williams will play on the National Team led by former Minnesota Vikings head coach Mike Tice.

“I am very excited to see Quincy get this recognition and he is extremely deserving of the invitation,” said head coach Mitch Stewart. “He is a phenomenal player, but is an even better person and it’s a great thing to see all his hard-work and dedication pay off.

Williams had an outstanding senior season in which he amassed 111 tackles, including 78 solo. His 7.1 solo tackles per game not only led the OVC, but they were also the second most in the nation. In addition, the senior had 9.5 tackles for loss and two interceptions, with each of the interception returns going for 80-plus yards and one going for a touchdown.

The 2019 NFLPA Collegiate Bowl will take place Saturday, January 19, 2019 at historic Rose Bowl stadium in Pasadena, California. Kickoff for the game is scheduled for 2 p.m. PT/4 p.m. CT and is set to be broadcast live on FS1. For more information on the NFLPA Collegiate Bowl, go to http://collegiate.nflpa.com/.