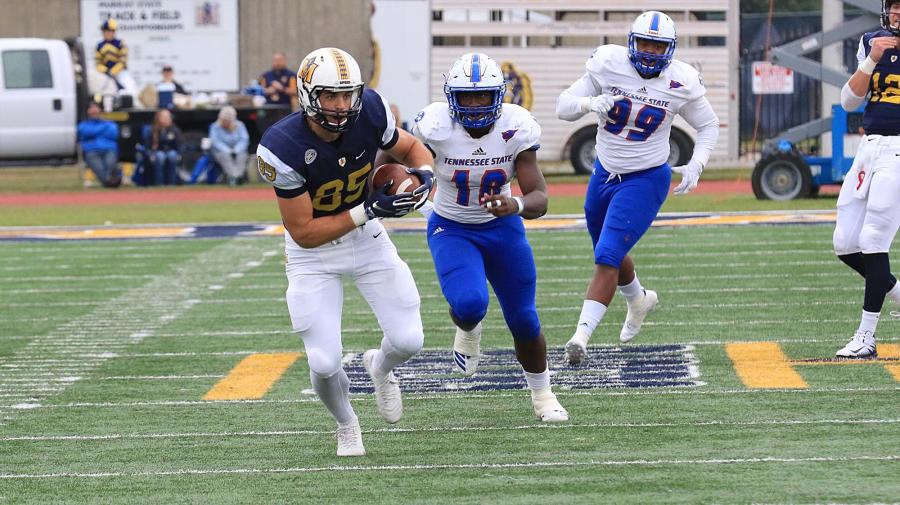 Junior James Sappington of the Murray State football team has been named as the tight end for the District 2 Google Cloud Academic All-District team announced by CoSIDA Thursday.

The Peculiar, Missouri native made a successful transition from kicker to tight end this season and has turned into one of the Racers top receivers. Sappington has 20 catches on the year for 362 yards and two touchdowns, including a career-high 98 in this past week’s dramatic upset of 19th-ranked Southeast Missouri. In addition to his success on the field, the finance major currently boasts a 3.83 GPA.