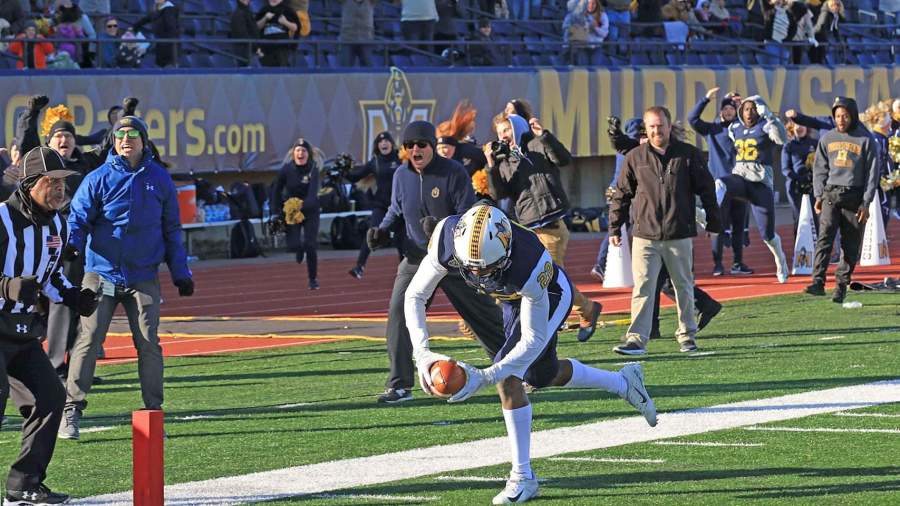 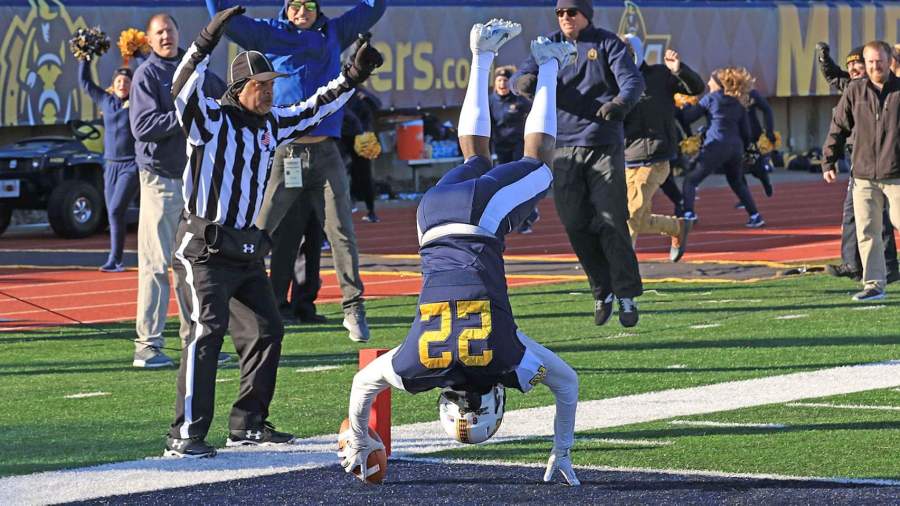 The Murray State football team pulled off one of the most unbelievable comebacks in the near 93 year history of the program Saturday at Roy Stewart Stadium. Down 31-0 towards the end of the first half, the Racers scored 34 unanswered points and completed the comeback with a 79-yard kickoff return from Malik Honeycutt with just three seconds left to upset 19th-ranked Southeast Missouri, 40-38.

Out of the gates, little went right for the Racers. Over the first 18 minutes of the game, the Racers missed a close field goal, threw three interceptions and lost a fumble to the which directly resulted in three SEMO touchdowns and a field goal. The Redhawks would further their lead later in the second on their first offensive touchdown of the game, pushing the lead to 31-0.

With just 10 seconds left in the half, Drew Anderson found Tyre Gray in the end zone from two yards out, to give the Racers some life at the break, down 31-7. As much as the first half belonged to the Redhawks, the second half belonged to Murray State. Gabriel Vicente got the third quarter started with a field goal, followed by touchdown passes from Anderson to Honeycutt and Gray, cutting the deficit to 31-24.

Down one score in the fourth quarter, the Racers began the frame by driving the ball all the way down to the three-yard line, but could not punch it and had to settle for a field goal, inching close to the lead at 31-27. The Racers and Redhawks then traded scoreless drives for the rest of the quarter until finally Anderson found LaMartez Brooks in the end zone from seven yards out to put the Racers on top for the first time, 34-31, with just 1:42 second left in the game

However, as quickly as Murray State’s lead arrived, it left just as fast. Southeast Missouri’s Daniel Santacaterina engineered a seven-play, 64-yard drive that was completed with a five-yard touchdown pass to Zack Smith, to give the Redhawks a 38-34 lead with only 20 seconds left.

With literally seconds left in the game, Honeycutt received the ensuing kickoff and almost immediately ran into a group of Redhawks near the right sideline. Knowing the game was on the line, Honeycutt bounced off the defenders, rolled out to the left side, found a hole and ran 79 yards for the touchdown, giving Murray State a 40-38 lead with three seconds remaining.

Not wanting to give SEMO a chance at returning a blocked kick, the Racers took a knee on the PAT, setting up the opportunity for the Redhawks to have a miracle of their own. On the kickoff, Colin Boyd squibbed it to D.J. Freeman who caught it at his own 35. The junior defensive back then took the ball 25 yards to MSU 40-yard line before finally being pushed out of bounds, to complete the most unlikely of wins. The touchdown was the first for the Racers on a kickoff return since Janawski Davis went 85 yards against UT Martin in 2015.

Anderson was 37-for-63 in the game for 412 yards with four touchdowns and three interceptions. Gray had two touchdowns on five catches and 59 yards, while James Sappington led 11 different receivers that caught a pass with four receptions and 98 yards.

Defensively, Kendrick Catis led Murray State with 10 tackles, six solo, and an interception, while Quincy Williams and Marquez Sanford each had seven. Kenney Wooten tallied 2.0 sacks in the contest, while Matz Peters had 1.5 tackle-for-loss.

Murray State will close out the 2018 season Saturday in a Heritage Bank Battle of the Border matchup at Austin Peay. A win at Fortera Stadium next week would give the Racers a second-place finish in the OVC for the first time since 2004.

To see the miracle return, click the link below.