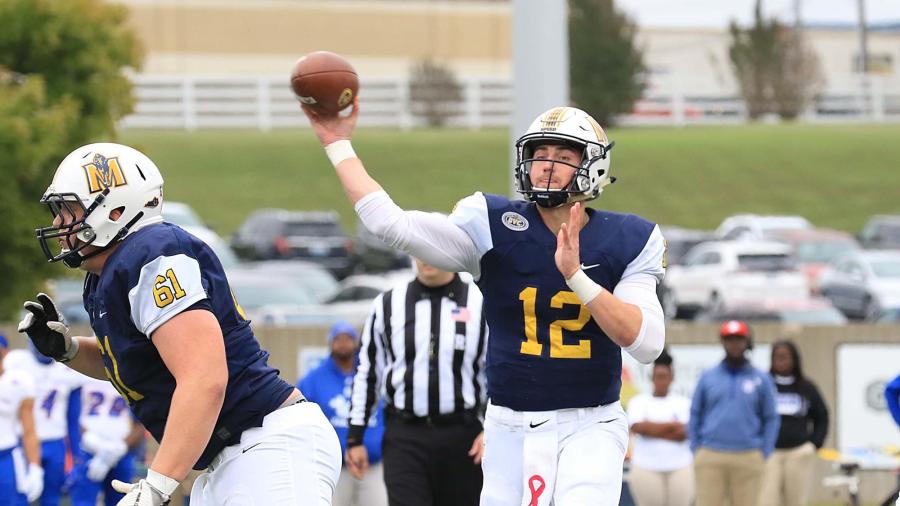 For the second consecutive week, quarterback Drew Anderson has been named as the OVC Newcomer of the Week, there league announced Sunday. Anderson’s honor Sunday marks the fourth time in as many weeks a Racer has received an OVC weekly award.

Anderson helped the Racers pick up a 34-6 win Saturday at EKU. The transfer was 20-for-30 for 205 yards and two touchdowns with no interceptions. In addition, he gained 27 yards on the ground.

Anderson has played a key role in Murray State’s 4-0 OVC start, their best since 1996. On Saturday, the OVC-leading Racers will host nationally-ranked Jacksonville State on ESPN3 as part of Homecoming 2018.